How the death of Philip Seymour Hoffman was reported 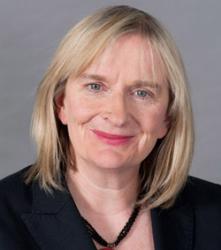 The death of Oscar winning actor Philip Seymour Hoffman from a heroin overdose and a “cocktail” of other drugs in February this year attracted frenzied media interest and hundreds of stories in print, television, radio and online.

Initial theories included that his death was caused by a batch of killer heroin and speculation that Hoffman was the tip of the iceberg of a hidden problem of functional middle class heroin users and “Hollywood Royalty”. Unusually, however, for a story that created such a media storm, the hype and guesswork was quickly replaced by more considered evidence-based pieces.

NDARC’s Professor Shane Darke gave several interviews, including to the Australian Broadcasting Corporation (ABC) and The Sydney Morning Herald, debunking many of the myths around heroin use. He explained a typical user is in their 40s or 50s; they are likely to be long term unemployed rather than the functioning middle class; and they are most likely to have died of poly-drug use rather than a single bad batch of heroin.

But while the Hoffman death may have given rise to better quality reporting than normal it does not herald a new wave of responsible reporting around drugs, says Professor Keith Humphreys, Professor of Psychiatry at Stanford University, who was interviewed several times a day in the weeks following the death.

In a piece in the Washington Post,  Humphreys made the point that an astonishing 100 Americans die every day of opioid overdose, making it America’s leading cause of accidental death. Most of these barely rate a mention.

“It may have helped that he [Hoffman] was not poor or a racial minority but a wealthy, white and beloved figure,” Humphreys told me by email from the US. “Maybe that helped keep some of the nasty stereotypes and nastiness at bay.”

Neither is Humphreys optimistic that media reporting on drugs has improved.

“If anything it has gotten worse (over the past 10 years) due to the influence of the web which has been a vehicle for spreading incorrect information very rapidly.”

People, including the media, still blame heroin users for their problem, Humphreys says.

“I think most people recognise that people with schizophrenia for example cannot be blamed for their plight,” says Humphreys. “But I think many people still blame people for being addicted.”

“I think some people don’t view drug and alcohol addiction as a mental illness,” says Scott. “They see it more as a choice or a moral failing and this is reflected in reporting some parts of the media.”

She is quick to point out that is not the case with the ABC.

Scott says that while judgemental reporting is a reality in some sections of the media, new research around treatments or trends on what people are using will always get a run.

There is nevertheless cause for optimism according to research conducted by NDARC’s Drug Policy Modelling Program. Researchers Caitlin Hughes, Kari Lancaster and Bridget Spicer reviewed nearly 5,000 articles in 11 Australian newspapers that referred to illicit drugs. They found that more than half of the articles were about criminal justice, but health and social issues featured widely.

The results of the study were published in the International journal of Drug Policy (2011). Media reporting was less sensationalised than they had anticipated.

“The low incidence of crisis framings, predominance of neutral tones and frequent coverage of health and social problems and the cost to society, leads us to conclude that media reporting on drug issues may be less overtly sensational, biased and narrowly framed than previously suggested.”

This article first appeared in the Centre of Research Excellence in Mental Health and Substance Use newsletter.