The voices of drug users are essential to research and the drug policy debate, argue Professor Alison Ritter and colleagues, and it became most evident at the recent Parliamentary Drug Summit which brought together a range of clinicians, researchers and policy advocates as well as people representing those who use drugs. “When these voices spoke, we were reminded that people who use drugs are not statistics or a ‘problem to be addressed’, but rather that “we are your family members, your friends, your colleagues – not some collateral damage”.” Professor Shane Darke examined death in the Australian Treatment Outcome Study of heroin users and found that mortality rates were very high at 1% per annum, and each death was associated with an average of 44 years of potential life lost. Accidental overdose and suicide accounted for three quarters of years of life lost. Given the prominent role of overdose and suicide, Professor Darke argues that the majority of these fatalities appear preventable. New research from the University of New South Wales, La Trobe University and the Burnet Institute in Melbourne analysed five sets of data from the National Drug Strategy Household Survey from 2001 and found that Australians under the age of 30 are the main drivers of a decline in Ausralia's alcohol consumption, while drinking among older Australians has increased. How can we measure outcomes focusing on the patient perspective in addiction science? Professor Joanne Neale gives an overview of her work developing Patient Reported Outcome Measures (PROMs) to assess health status or health-related quality of life, focusing on the patient perspective. PROMs can be generic (e.g. the SF-36) or condition specific (e.g. the Beck Depression Inventory). They are widely used and accepted across a range of health fields, but less commonly used in the addictions. NDARC Professor Alison Ritter, head of the Drug Policy Modelling Program (DPMP), and Nicole Lee, Associate Professor at the National Drug Research Institute (NDRI), Curtin University write about the different options for reform, their possible effects and the views of the Australian public on the issue. Violence is a major global public health concern and a leading cause of injury, disability, and mortality worldwide. Two salient factors linked to violence perpetration are posttraumatic stress disorder (PTSD) and substance use disorder (SUD) – conditions that are also likely to co-occur. Dr Emma Barrett writes about her research to develop effective psychological treatments to reduce violence in people with co-occurring PTSD and SUD. What does smoking pot do to your mental health? Dr Peter Gates, Senior Research Officer at the National Cannabis Information and Prevention Centre (NCPIC) talks about the potential harms of cannabis use for our brain and mental health. 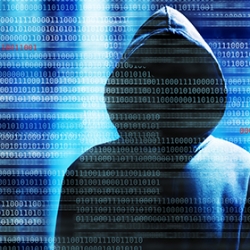 The intersection of drugs and the internet is not a new thing. People have been sharing their thoughts about drugs – the fun aspects, adverse effects, harm reduction messages – for many years. The offering of substances for sale online is also not new. There are many websites that list pharmaceutical drugs for sale without a prescription. What is more recent is the advent of secure and encrypted online (‘darknet’) marketplaces that are only accessible via anonymising software such as The Onion Router (TOR). Amanda Roxburgh gives an overview of the rise and fall of the darknet's largest marketplaces over time. Opioids make the largest contribution to illicit drug-related death, and overdose is the leading cause. One important issue in terms of response is the time between the last use of heroin and death. Is there time to intervene, or are such deaths so rapid as to make intervention impossible? Professor Shane Darke says there is time to save lives. In both Australia and England, there have been challenges to established ways of treating people who have problems with drugs. Treatment, it has been claimed, does not do enough to help people ‘recover’ from drug dependence. In both countries, people who run the treatment system have had to respond to this challenge. In England, this has involved ‘absorption’.