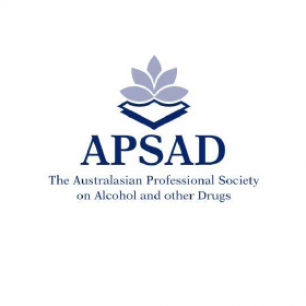 The Australasian Professional Society on Alcohol and other Drugs (APSAD) wrote to all federal MPs and senators in the lead up to the May general election calling for them to support increased investment in treatment services.

Professor Michael Farrell, Director of the National Drug and Alcohol Research Centre (NDARC) and APSAD Vice President and President-elect, said fewer than half the people who need treatment are currently able to access it.

“This is an indefensible situation that would not be tolerated for any other chronic, debilitating health condition that affects so many people from all walks and stages of life, in every electorate,” Professor Farrell said.

“People experiencing drug problems and their families deserve to know their political representatives will stand up for them and their fundamental rights to health and wellbeing.

“Unfortunately, the stigma of illicit drugs and the political focus on law-and-order measures clouds the realities of alcohol and other drug disorders as a health problem for which people need treatment, not criminalisation, punishment and marginalisation.

“No matter where they live or who they elect, Australians seeking help to overcome drug problems deserve affordable, accessible specialist treatment to help them recover their health and wellbeing.

“Politicians need to understand that treatment for drug use disorders works, with success rates comparable to other chronic health conditions, such as diabetes, hypertension and asthma, and with a similar likelihood of relapse.”

The treatment of drug disorders is highly cost effective and delivers good value for money, returning $7 for every $1 invested, according to APSAD’s policy brief. Treatment benefits not only the person but their family, their employer and their wider community.

The top two drugs for which Australians to seek treatment are alcohol and amphetamines, according to the Australian Institute of Health and Welfare’s most recent report.

Problems related to prescription and other opioids are also increasing in Australia. More than 50,000 people are receiving opioid substitution therapy with medications such as methadone or buprenorphine.

For more information see APSAD Policy Brief: The pressing need for more and better investment in alcohol and other drug treatment services in Australia