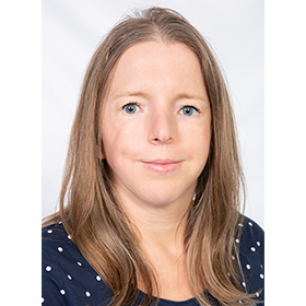 Among 7,000 people who injected drugs (PWID) in Australia between 2011-2018, approximately one in 10 used the antipsychotic medicine quetiapine for non-medical purposes (i.e. in a way that was not prescribed), a study by researchers from the National Drug and Alcohol Research Centre (NDARC) at UNSW Sydney, has found.

Quetiapine, often referred to by its originator brand, Seroquel®, is a second-generation antipsychotic medicine used for the treatment of a range of psychotic disorders, including schizophrenia and bipolar disorder. However, low doses are also often used off-label for sleep and to manage anxiety.

The report, led by Dr Rachel Sutherland, found that national rates of non-medical quetiapine use declined slightly over time, from 15 per cent in 2011 to 12 per cent in 2018.

“This seems to have been largely driven by a decrease in Victoria, where non-medical quetiapine use reduced from 30 per cent in 2011 to 15.3 per cent in 2018”, said Dr Sutherland.

Despite the national decline in use over time, the report found that past six-month use of benzodiazepines and stimulants were independently associated with non-medical quetiapine use in both 2011 and 2018.

“These findings are largely consistent with international studies that show benzodiazepines and stimulants are commonly co-ingested with quetiapine”, said Dr Sutherland.

‘Although the exact motivations for PWID to use quetiapine non-medically remains uncertain, it seems plausible that quetiapine, as well as drugs like benzodiazepines, are being used to ‘come down’ from stimulants.”

The report also highlights that engaging in polysubstance use is concerning because this has the potential to cause other drug-related harms.

“Overall, these findings highlight that we need to target harm-reduction interventions focused on polysubstance use to reduce potential risks in this group,” said Dr Sutherland.