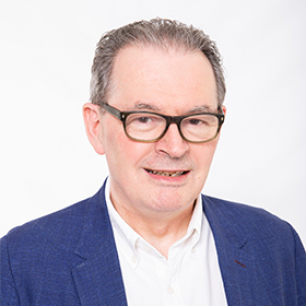 NDARC’s Director, Professor Michael Farrell, has been elected as Fellow of the Academy of the Social Science in Australia.

For 50 years, research and advice from Fellows of the Academy of the Social Sciences in Australia has shaped government policies, been called on by Australia’s leaders, and played a key role in shaping our nation. Professor Farrell joins 742 Fellow in the Academy.

President of the Academy of the Social Sciences in Australia Professor Jane Hall congratulated the new Fellows on their election.

“These new Fellows are at the forefront of social research and policy, and they have made enormous contributions to our society as a whole,” she said.

“It is an honour to have these individuals as new Fellows of the Academy.”

The social sciences are concerned with the functioning and structure of society and include the disciplines of anthropology, demography, geography, linguistics, sociology, management, accounting, economics and economic history, marketing, statistics, history, law, philosophy, political science, education, psychology, and health sciences.

Professor Farrell’s research interests include treatment evaluation, national and international drug policy. He is an editor of the Cochrane Drug and Alcohol Group. Professor Farrell has a longstanding interest in tobacco, alcohol and drug dependence, and over his career has conducted a wide range of studies on aspects of community-based interventions and has been focused on the translation of research into practice.  He was formerly Vice Dean at the Institute of Psychiatry, Kings College London and a Professor of Addiction Psychiatry. He is currently President of the Australia Professional Society for Alcohol and other Drugs (APSAD). He has been a member of the WHO Expert Committee on Drug and Alcohol Dependence since 1995.

Professor Farrell said, “I am very honoured to be appointed a Fellow and very much feel that the wide range of disciplines reflects my broad interests in social aspects of tobacco, alcohol and other drug problems.”