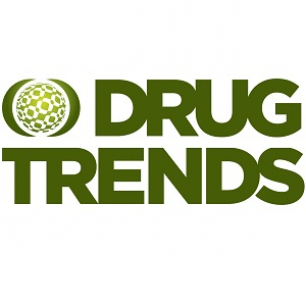 The National Drug and Alcohol Research Centre (NDARC) has today published findings from a new research stream dedicated to tracking the internet’s increasing role in the supply of illicit drugs and drug-related information.

The Centre commenced monitoring the online drug marketplace in late 2012 on the back of international research showing the internet’s growing influence on drug availability and drug use. The research complements the Centre’s existing monitoring programs which include interviews with people who use drugs and tracking drug-related hospital admissions.
Among the key findings from the new internet monitoring program is that the most commonly sold substances vary across online mediums. On the ‘surface web’ – that is sites accessible via search engines like Google – retailers tend to offer emerging psychoactive substances (EPS) that are marketed as ‘legal highs’ (though they may not be legal in Australia). The most commonly sold EPS on the surface web during the monitoring period of August 2012 to February 2013 was the stimulant 6-APB or ‘Benzo Fury’. This was closely followed by the stimulant ethylphenidate and the psychoactive aMT.
On the Silk Road marketplace – that is the ‘deep web’ where transactions are encrypted, anonymous and made using the online currency Bitcoin – traditional illicit drugs like cannabis and ecstasy are sold alongside EPS. The most common EPS available on the Silk Road in the monitoring period was the psychedelic 2C-x followed by psychedelics from the NBOMe chemical family.
Joe Van Buskirk, lead author of the internet monitoring bulletin, said the substances commonly available on the Silk Road closely mirror the substances commonly used by regular ecstasy users, especially the types of EPS used.
“Because the Silk Road market for psychoactives is similar to what we are seeing in our other reporting systems such as the Ecstasy and Related Drugs Reporting Systems (EDRS), the Silk Road is likely to be a very useful indicator and early warning system of drug usage patterns in the wider community,” he said.
The number of retailers on the Silk Road selling to Australia increased during the monitoring period, though this was largely driven by an increase in international retailers. This suggests a slower uptake in usage of the Silk Road by Australian retailers compared to the international market. The number of retailers selling to Australia via the surface web remained stable.
Australian retailers on the deep web offered traditional illicit substances for prices similar to those reported by regular ecstasy users. That is, prices similar to those offered by ‘traditional’ sellers such as street dealers or friends.
In line with other research, prices advertised by online international retailers were cheaper than those advertised by online domestic sellers.
While data captured by the online monitoring program does not allow researchers to gauge the number of Australians using the internet to purchase drugs, other monitoring programs indicate the numbers are likely to be low. NDARC’s annual survey of regular ecstasy users, the EDRS, found only three per cent had used the internet for their last drug purchase. This compares to 60% who purchased from a dealer and 58% from a friend.
Dr Lucy Burns, who leads NDARC’s drug monitoring unit, said the ongoing internet research will allow policy makers and law enforcement agencies to have a more accurate picture of the Australian drug marketplace.
“The majority of Australia’s drug-related activity still occurs offline, however it is important to track changes in the marketplace and that’s why we have established Australia’s first ongoing internet monitoring program.
“Similar to other drug trend systems already established at NDARC, this program will allow us to track over time such things as changes in drug prices, drug availability, and how many retailers are selling online.”
- Ends –
See the full findings in Drugs and the Internet, Issue 1, August 2013.
This work was funded by the Australian Government Department of Health and Ageing via a grant for the National Illicit Drug Indicators Project.

Drug and the internet release final.pdf