Yesterday we profiled the behaviours of regular ecstasy users in Australia in 2012. Today we take a look at a related survey, the 2012 Illicit Drug Reporting System (IDRS), which canvassed 924 injecting drug users about their drug use in the six months prior to interview.

Here's what they told us: NDARC’s finding that prescription opioids were responsible for more than double the number of accidental overdose deaths than heroin in 2008 hit the headlines with a bang this week.

Everyone from Richard Glover on ABC 702 in Sydney to Paul Murray on 6PR 882 in Perth wanted to know: What is oxycodone? Why are people overdosing on it? And what on earth we can do about it?

An estimated 350,000 Australians suffer from post traumatic stress disorder and addictions simultaneously. On treatment programs for substance use the figures are much higher with around 80 -90 per cent having suffered multiple past traumas and close to 50 per cent experiencing active PTSD.

Yet clinicians have been conservative about offering PTSD treatment for clients still using alcohol and other drugs for fear that the gold standard “exposure therapy” will exacerbate substance use issues. 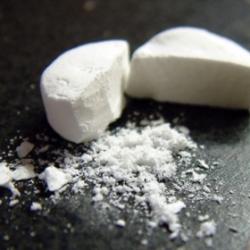 Ecstasy appears to be making a comeback among Australia's regular drug users according to preliminary findings from the 2012 Ecstasy and Related Drugs Reporting System (EDRS).

Many cannabis users and clinicians cling to the myth that cannabis withdrawal is not an issue. Now a team from the National Cannabis Prevention Information Centre at NDARC has shown that withdrawal from cannabis is not only significant enough to cause relapse, but also interferes with daily living.

The Canberra Times has today reported on six fresh cases of hepatitis C acquired at the ACT’s Alexander Maconochie Centre jail since December. But will they be the tipping point to finally persuade authorities to do “the right thing” and provide sterile injecting equipment in prisons, asks NDARC’s veteran prisons researcher Professor Kate Dolan? Grumpy old men? Grumpy old women? We get more unhappy as we get older, don’t we? 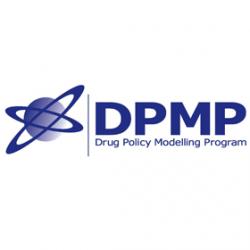 The National Drug and Alcohol Research Centre welcomes scholarly, rigorous debate on the matter of drug law reform in Australia. The Sydney Morning Herald's 21 May cover story (‘Two thirds opposed to easing of drug laws’) engages with this very topic.

With the release of the 2011 Illicit Drug Reporting System (IDRS) national report just around the corner, it’s an ideal time to recognise some of the heartening changes uncovered by the 2011 survey.

Among them are the shifts observed in the injecting behaviour of injecting drug users. Those reporting sharing of injecting equipment other than needles (such as spoons, filters, tourniquets and swabs) was significantly lower in 2011 than in 2010, dropping from 39% of those surveyed to 25%.